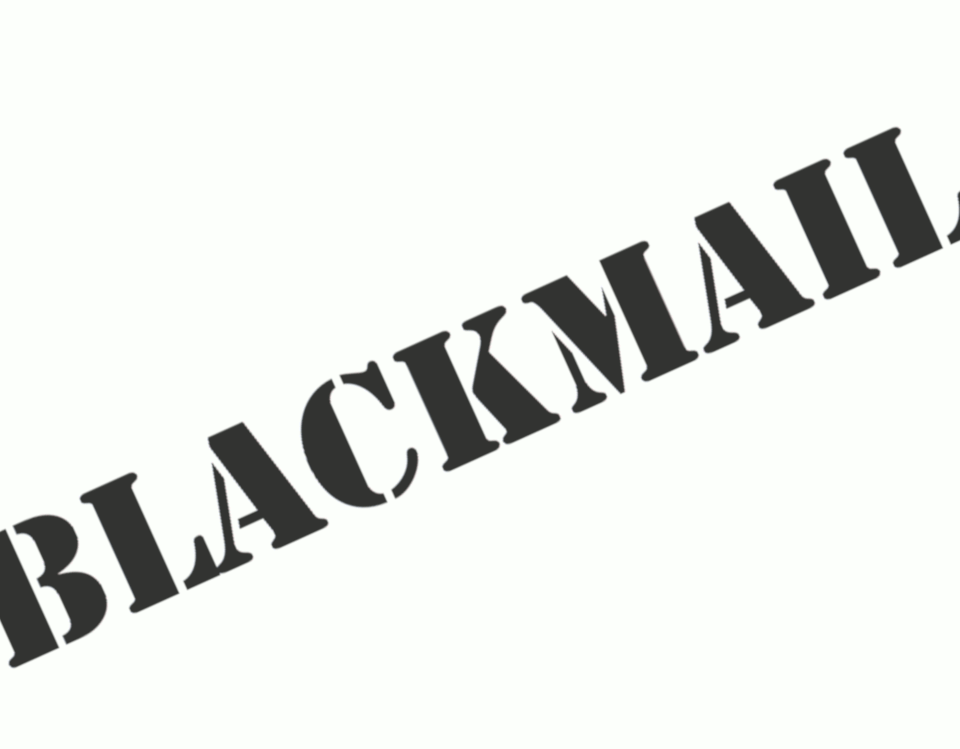 It’s one of the oldest tricks in the book.

“I know what you’ve been up to. Leave £50 in used notes in a plain brown paper envelope behind the pipes in the men’s cloakroom on Shrewsbury station and we’ll say no more about it. If you don’t then I’ll tell all your friends and colleagues just what you’ve been doing."

I thought long and hard before redacting the email address and name. My initial feeling was that I should publish and be damned. The I came round to the idea that its owner was just as much a victim as anyone else in this situation. Permanently identifying it as a scammer’s would remove the ability of its owner to recover from this, should she manage to regain control of the account from the hacker.

A few Google searches will reveal this to be the scam that it so evidently is. But sometimes it’s hard to think straight when threatened so take a step back and consider the claims in order:

See, if they did have video, the easiest thing in the world would be include a frame from it to add credence to their claims.

It is technically possible to hijack a web cam, so if you have one built in, do like Mark Zuckerberg does and tape over it when not in use. Then click delete and consign the latest scam from the scum to the bit bucket. Then breathe deeply, go off and enjoy a nice relaxing cup of tea (other beverages are available) and get on with the rest of your day.

Do NOT send them any money. By doing so you’ll likely end up on a mark list as someone easy to scam. Then the floodgates would truly open.